Jill’s Terrible Day In Accounts Payable (Why You Should Outsource Your Payroll!)

It’s really not been Jill’s day.

She popped into Starbucks for an almond milk latte, and they gave her soy milk instead. She was late for her train because of said “soy milk” catastrophe. Because she missed her train, she wasn’t able to beat the rush on the Underground, and ended up on the Central line at 8:45am, and we all know how that ends! And so, she arrived at the office flustered, with a bruised ankle, more than a little bit miserable, and quite a few minutes late!

Jim from HR faxed her – yes, faxed! – the wrong paperwork, the air con’s been on the blink, and it’s the end of the month so payroll is due – except Sarah, from Accounts Payable, unexpectedly had to pop to the dentist!

Jill asked around but no one else was willing to fill in Sarah’s shoes for the day – they’re not up to date with the latest HMRC legislation, it’s just too fiddly with all those numbers, and they’ve got their own jobs to be getting on with!

But employees need paying, so Jill had to pull a late one yet again! And because Jill isn’t a payroll expert, it took her hours to get her head around the process, and then a couple of more hours to get the task complete. Not a good ending to an already rubbish day!

If only Jill had outsourced her payroll to an expert payroll provider like eSlip Payroll Services! Dedicated payroll experts like eSlip employ a complete team to handle all your payroll, so you never have to worry about unexpected absence, late salary payments, or complicated and unfamiliar legislation ever again.

We hope Jill googles ‘outsourced payroll services’ so that she never has to repeat that nightmare again!

Contact eSlip today for more information on how we can help you stay ahead of the payroll game! 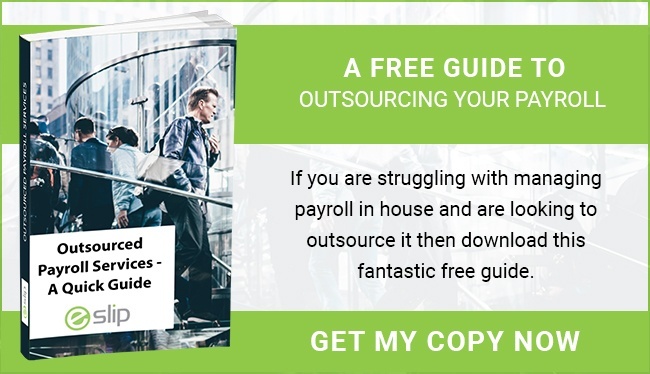 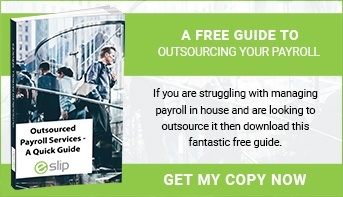